J. Scott Colesanti, LL.M., has taught at Hofstra since 2002. In 2006, while serving as an adjunct professor, he was selected 'Professor of the Year' by the Hofstra Law Review.

Prior to joining academia, Professor Colesanti was the first law clerk to a Chief Hearing Officer of the New York Stock Exchange; he subsequently served as Investigative/Trial Counsel for the NYSE Division of Enforcement for 10 years. Afterwards, he served within the NYSE Office of the General Counsel, and as a securities industry arbitrator for over a decade. He has handled appeals before the Securities and Exchange Commission, the Social Security Administration, the Equal Employment Opportunity Commission, and the New York State Division of Human Rights.

In 2008, he was named Professor of Legal Writing. At Hofstra, he has developed and taught 10 different courses and advised over 75 student Notes. Professor Colesanti has taught Securities Regulation at Hofstra Law since 2002, and in September 2020, he launched his Podcast, 'Stock Law Now.' He also serves as an advisor to the Corporate Compliance and Business Law Honors Concentrations.

Separately, Professor Colesanti has had over 40 articles published by law reviews/industry journals, and his writings have been downloaded from SSRN and/or the Hofstra Digital Commons over 3,000 times. Other of his writings are included in treatises on securities law and have appeared as expert commentaries introducing seminal business law cases.

In July 2016, Professor Colesanti published his first book,Legal Writing, All Business. A review in The Scribes Journal of Legal Writing concluded 'If you teach a first-year legal-writing class, you should consider using Colesanti's book as a text. Its substantive lessons will serve your students well in law school and beyond.' In December 2017, Professor Colesanti released his second book, Oral Advocacy, Style and Substance. In May 2018, he released his third book: Fairness, Inc.: The Origins (and Billion-Dollar Bonuses) of Rule 10b-5 as America's Insider Trading Prohibition.

Professor Colesanti is a member of the Bars of New York, Missouri, and Washington, D.C. He has taught in Italy, Curaçao, and Germany as part of the Hofstra Study Abroad program. He previously served on the editorial board of theJournal of Securities Law, Regulation and Compliance,and as a former contributing co-editor of the Business Law Professor Blog.

Stock Law for Everyone (forthcoming, 2022)

"Sorry, They Were on Mute: The SEC'S 'Token Proposal 2.0' as Blueprint for Regulatory Response to Cryptocurrency" Arizona State University Corporate and Business Law Journal (Winter 2021).

"Wall Street as Yossarian: The Other Effects of the Rajaratnam Insider Trading Conviction" 40 Hofstra L. Rev. 411 (2012).

"Harmony or Cacophony' A Preliminary Assessment of the Responses to the Financial Crisis at Home and in the EU" 1 Harv. Bus. L. Rev. Online 60, April 9, 2011.

"In Favor of a 'Bail-In': How A Trillion Dollars Might Better Rescue A Stock Market", St. John's Journal of Civil Rights and Economic Development (Spring 2011).

"Developments in Securities Arbitration and their Implications for the Industry", 1 Journal of Securities Compliance 3 (Spring 2008).

"'We'll Know It When We Can't Hear It': A Call for a Non-Pornography Test Approach to Recognizing Non-Public Information", 35 Hofstra L. Rev. 2 (Winter 2006).

"The Case for Regulating Cryptocurrency 'Exchanges' Sooner Rather Than Later", The New York Law Journal, July 21, 2021.

"In the Eye of the Beholder: 'Interpositioning' as a Crime, Violation or Nuisance", LexisNexis Expert Commentary, May 2008.

"'A Crisis of Confidence': The Treasury Blueprint, And Its Unlikely Impact upon the Securities and Exchange Commission", LexisNexis Emerging Issue Commentary, May 2008. 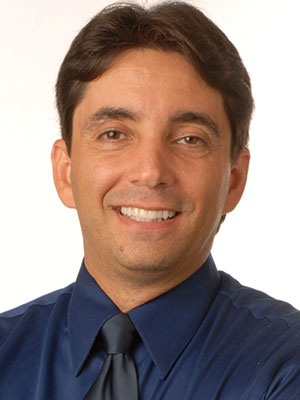