Clinical Professor of Law and Executive Director of the Monroe H. Freedman Institute for the Study of Legal Ethics

Professor Liebmann teaches ethics and clinical courses. He serves as the Executive Director of the Freedman Institute for the Study of Legal Ethics, and has directed the Youth Advocacy Clinic since its inception. His advocacy and scholarship focuses primarily on issues related to immigration, ethics, and the representation of children and youth. Professor Liebmann and his students have represented hundreds of immigrant children in family and appellate courts, as well as in immigration proceedings and removal cases in federal immigration courts.

Professor Liebmann currently serves as the co-chair of the New York State Advisory Council on Immigration Issues in Family Court with Judge Mildred Negron. The Advisory Council was formed by Chief Administrative Judge Lawrence Marks in October 2015 to provide guidance to the bench, bar, and litigants, on immigration issues that arise in family court. The Council has issued statewide guidance related to Special Immigrant Juvenile Status, a form of immigration relief for immigrant children who have been subjected to abuse, neglect, abandonment or similar family crises; U-Visas, a pathway to lawful status for victims of crimes who cooperate with courts and other government agencies; and the adverse immigration consequences to a variety of family court orders and adjudications.

Professor Liebmann regularly conducts trainings on ethical issues and on the overlap of immigration matters and family court proceedings. He also serves as Director of the National Institute for Trial Advocacy's Training the Lawyer to Represent the Whole Family program, a yearly week-long trial skills program for lawyers working in family courts. He is on the editorial board of the Family Court Review and serves as a Special Advisor to the American Bar Association Commission on Youth at Risk.

Professor Liebmann has written law review articles and legal journal columns on the overlap between child welfare and immigration law, the impact of family law legal standards on the physical and emotional well-being of youth and children, and ethical problems in the representation of children.

Prior to his current position at Hofstra, Professor Liebmann was a lawyer for children in dependency and juvenile delinquency cases at the Manhattan office of the Legal Aid Society's Juvenile Rights Division, an investigator at the New York City Commission on Human Rights, and a Community Worker at the Neighborhood Defender Service of Harlem.

Charting a Better Future For Transitioning Youth: Report From a National Summit on The Fostering Connections To Success Act (American Bar Association, 2011)(co-reporter with Miriam Krinsky).

IN RE PEÑA: Interdisciplinary Collaboration In Dependency Cases (National Institute for Trial Advocacy, 2008). 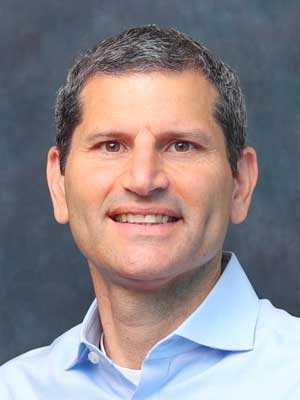