Following law school, Professor Krieger served as a law clerk to Judge Hubert L. Will, United States District Court for the Northern District of Illinois, in Chicago. He was a staff attorney at the West Side Office of Legal Assistance Foundation of Chicago from 1977 to 1979. Professor Krieger was a clinical teacher for 13 years at the University of Chicago Law School and Southern Methodist University School of Law, and has taught at Hofstra since 1992. He teaches clinical courses and Evidence. He is Director Emeritus of Clinical Programs.

Professor Krieger specializes in the areas of housing and community development. Professor Krieger and his students in the Law Reform Advocacy Clinics have represented numerous tenants and community groups in attempts to improve low-income housing in Nassau County. In 2004, Professor Krieger and Clinic students won a landmark victory in the New York Court of Appeals protecting the rights of tenants to proper notice before eviction. In 2008, representing a tenants advocacy group, the Clinic won a significant victory in the New York Supreme Court, Appellate Division, invalidating high rent guidelines for approximately 12,000 tenants in Nassau County. Just this year, the Clinic successfully settled a discrimination case against the Village of Farmingdale which challenged a redevelopment plan which displaced scores of low-income, immigrant families. Under the settlement, the Village has agreed to use best efforts to actively recruit developers to replace the low-income housing destroyed by the redevelopment.

Professor Krieger's scholarly interests are in the areas of litigation strategy and legal education. He is the author, with Professor Neumann, of Essential Lawyering Skills: Interviewing, Counseling, Negotiation, and Persuasive Fact Analysis, a text for clinical and other skills courses published by Wolters Kluwer, a leading legal textbook publisher. He has published numerous articles on legal reasoning and pedagogy. This spring, he published (with Professor Katrina Kuh) 'Assessing Law: An Empirical Study Exploring the Influence of Legal Research Medium' in the Vanderbilt Journal of Entertainment & Technology Law. He has also working with consultants from NBC/Universal and former Clinic Fellow Reza Rezvani on a project to use the techniques of film storyboarding for trial preparation.

The Ghost of Regulation Past: Current Applications of the Rule Against Retroactive Ratemaking in Public Utility Proceedings, 1991 U. ILL. L. REV. 983.

The 12% Legislation: Its Implications for Illinois, 14 PROCEEDINGS OF THE ANNUAL ILLINOIS ENERGY CONFERENCE 179 (1986).

Defense Access to Evidence of Discriminatory Prosecution, 1974 U. ILL. L.F. 648. 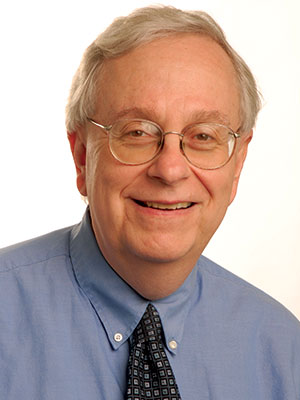