Professor of Law and Associate Dean for Distance Education

He is the author of 'The First Amendment and the Business Corporation' (published by Oxford University Press in 2015) and 'Law of Corporate Officer and Directors' (an annually updated practitioner-oriented treatise published by Thomas Reuters).

Professor Colombo has earned the Stessin Prize for Outstanding Scholarly Publication, and has addressed academic and professional associations around the country. He has been quoted in both national and international new media, including the New York Times, Wall Street Journal, Dallas Morning News, Newsday, Bloomberg, and The Daily Beast. His op-eds have been published in The Washington Times, The Christian Science Monitor, The Financial Times, and The Huffington Post.

Professor Colombo serves on the editorial review board of the Review of Business, and as an arbitrator for the Financial Industry Regulatory Authority (FINRA). From 2013-2015, Professor Colombo served as the Associate Dean for Academic Affairs of Hofstra Law School, and, since 2015, has served as the law school's Associate Dean for Distance Education.

Before joining the Hofstra faculty in 2006, Professor Colombo served in the Complex Global Litigation Group of Morgan Stanley & Co., Inc., as vice president and counsel. Prior to that, Professor Colombo practiced as a litigation associate at the New York office of Sullivan & Cromwell. From 2000-2003, Professor Colombo also served on the Committee on Professional and Judicial Ethics of the Association of the Bar of the City of New York. 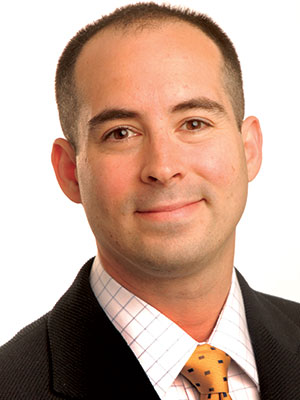