Professor Charlow graduated with honors from both Vassar College and Cornell Law School and is a member of the Order of the Coif. She teaches, writes and lectures primarily in the areas of constitutional and criminal law, with scholarly articles appearing in the Stanford, Cornell, and Texas Law Reviews and numerous media appearances. She has been recognized by students for her teaching contributions.

Prior to coming to Hofstra, Professor Charlow was law clerk to the Honorable Richard J. Cardamone of the United States Court of Appeals for the Second Circuit, appellate counsel in the Federal Defender Services Unit, a senior legislative analyst for the New York City Office of Management and Budget, and a full-time consultant to the National Advisory Committee of Federal Public and Community Defenders to fulfill that group's statutory responsibility to assist in the initial development of the Federal Sentencing Guidelines. Since joining the Hofstra faculty, she has served on various committees of the National Board of the American Civil Liberties Union and on the Executive Committee of the Association of American Law Schools Section on Criminal Law and Procedure.

Free Speech in the Sky, Newsday (August 2002); reprinted in Jeanne Fahnestock and Marie Secon, A Rhetoric of Argument (3d ed. McGraw-Hill Cos., Inc.).

International Legal, Political and Military Questions, in Electric Power From Orbit: A Critique of a Satellite Power System, 1981 Report of the National Academy of Sciences Committee on Solar Power Satellite Systems, Chapter 5. 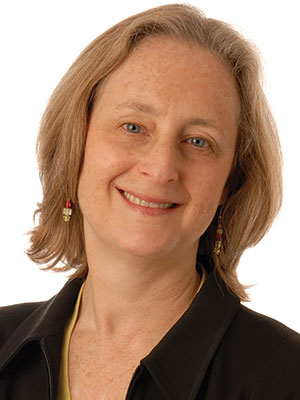