Professor Bush's primary scholarly and teaching interests are in the areas of mediation and alternative dispute resolution (ADR). He is one of the originators of the transformative approach to mediation, as explained in his best-selling book, The Promise of Mediation (1994, 2d ed. 2005), which has been called one of the most influential works on mediation in the last decade. He has practiced, taught and written about mediation for nearly 30 years, authoring over two dozen books, articles and chapters on mediation and ADR; and he is regularly featured as a lecturer and trainer at conferences, seminars and workshops around the world. Professor Bush is a Founding Fellow and President of the Institute for the Study of Conflict Transformation, Inc., at Hofstra Law School. The Institute is a nonprofit research center devoted to furthering the understanding and practice of mediation and related processes.

Over the past two decades, Professor Bush has directed several major research projects on mediation, and he has served as consultant on dispute resolution to state court and school systems and to the Hewlett Foundation's Conflict Theory Center Program. He led a team that helped the United States Postal Service design a nationwide program for mediating workplace conflicts.

At Hofstra, Professor Bush teaches several courses on mediation and ADR, including a survey course on ADR, seminars on mediation and negotiation, and a skills course in mediation practice. He also regularly teaches the first-year course in Torts. He is a graduate of Stanford Law School, where he was a member of the Order of the Coif, and of Harvard University, from which he graduated magna cum laude and where he was a member of Phi Beta Kappa. He also worked as a Research Fellow at the Center for Comparative Judicial Studies in Florence, Italy, and at Yale Law School.

Transformative Mediation: A Sourcebook -- Resources For Conflict Intervention Practitioners And Programs, co-ed. with J. Folger and D. Della Noce (N.Y.: Institute for the Study of Conflict Transformation and Association for Conflict Resolution, 2010). [author/co-author of six chapters in volume.]

'Barriers to Participation: Challenges Faced by Members of Underrepresented Racial and Ethnic Groups in Entering, Remaining, and Advancing in the ADR Field,' with M.Volpe et al., 34 Fordham Urban Law Journal 119 (2007).

'One Size Does Not Fit All: A Pluralistic Approach to Mediator Performance Testing and Quality Assurance,' 19 Ohio State J. On Dispute Res. 965 (2004).

'Substituting Mediation for Arbitration: the Growing Market for Evaluative Mediation, and What it Means for the ADR Field,' 3 Pepperdine Dispute Res. L.J. 111 (2002).

Designing Mediation: Approaches To Training And Practice Within A Transformative Framework, co-ed. with Joseph P. Folger (N.Y.: Institute for the Study of Conflict Transformation, 2001).

'What Do We Need a Mediator For': Mediation's Value-Added for Negotiators,' 12 Ohio State J. On Dispute Resolution 1 (1996).

'Alternative Futures: Imagining How ADR May Affect the Court System in Coming Decades," 15 Rev. Of Litigation 455 (1996).

'The Unexplored Possibilities of Community Mediation: A Comment on Merry and Milner, ' 20 Law & Social Inquiry 801 (1996).

'Efficiency and Protection, or Empowerment and Recognition': The Mediator's Role and Ethical Standards in Mediation,' 41 U. Fla. L. Rev. 253 (1989). 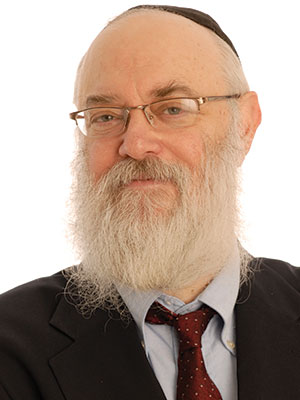