Kevin McElroy joined the faculty in the summer of 2006 initially teaching Appellate Advocacy. Since then, in addition to teaching the required first year Legal Analysis, Writing and Research classes each semester, he has taught a number of courses including Federal Civil Procedure and Selected Problems in New York Civil Procedure. Kevin also teaches a variety of courses designed to give the students instruction and practical experience in both writing and litigation skills such as the written discovery stage of a lawsuit and the taking and defending of deposition. In both 2015 and 2020 he was selected as the law school’s Teacher of the Year.

In addition to teaching at Hofstra he serves on a pro bono basis as a court appointed arbitrator in fee disputes between attorneys and their clients. He has consulted with New York State Board of Law Examiners on potential future essay questions by providing input on the appropriateness of proposed essay questions.

Kevin serves as the law school’s representative in the Hofstra University Senate. He has judged the Moot Court competitions on a regular basis for a number of years and has lectured to third year students on preparing for specific areas of law covered on the Uniform Bar Examination. He is also the Faculty Advisor for the Irish Law Society.

Prior to teaching at Hofstra Kevin represented clients before federal and state courts across the country since being admitted to the New York Bar in 1987 including a significant number of cases involving employment law matters, contracts and toxic torts. He has also served as an Administrative Law Judge on matters arising under state and local health laws.

His writings have been published in a number of legal periodicals including The National Law Journal, The New York Law Journal and The Fordham Environmental Law Reporter. He has spoken on litigation topics at events sponsored by the Defense Research Institution and the New York State Bar Association and recently delivered a lecturer at the Nassau County Bar Association on the developments in the last year in the field of New York State Court Practice under the Civil Practice Law and Rules.

"Latent Injuries and the Statute of Limitations," The New York Law Journal, December 1, 1994. 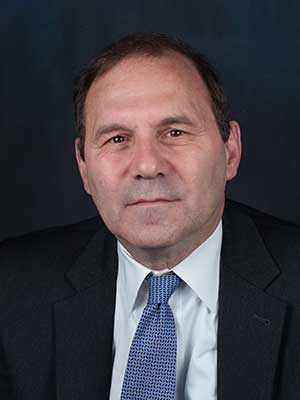