He is the co-author, with John Yoo, of Taming Globalization: International Law, the U.S. Constitution, and the New World Order (Oxford University Press 2012). He also has published more than 40 law review articles, book chapters, symposia contributions, and essays. He has given dozens of academic lectures and workshops at major universities and conferences in the United States, Europe and Asia.

He co-founded the leading international law blog Opinio Juris, which is read daily by thousands worldwide. He is also a contributing editor to Lawfare, a leading blog analyzing national security issues. His essays and op-eds have been published in major news publications such as The Wall Street Journal, the Los Angeles Times and NYTimes.com. He has been frequently interviewed for television news programs and quoted in print and electronic media. He has also signed or submitted amicus briefs to national and international courts and served as an expert witness in both domestic and international proceedings.

Before joining the Hofstra Law faculty, Professor Ku served as a law clerk to the Honorable Jerry E. Smith of the U.S. Court of Appeals for the Fifth Circuit and as an Olin Fellow and Lecturer in Law at the University of Virginia Law School. Professor Ku also practiced as an associate at the New York City law firm of Debevoise & Plimpton, specializing in litigation and arbitration arising out of international disputes. He has been a visiting professor at the College of William & Mary Marshall- Wythe School of Law in Williamsburg, Virginia; a Fulbright Distinguished Lecturer in Law at East China University of Political Science and Law in Shanghai, China; and a Taiwan Fellow at National Taiwan University in Taipei, Taiwan. He is a member of the New York Bar and a graduate of Yale College and Yale Law School.

The People's Republic of China and the Enforcement of ICSID Awards, 6 CONTEMPORARY ASIA ARBITRATION JOURNAL 31 (Spring 2013).

'The Future of Presidential Power Will Resemble the Past,' WHITE HOUSE STUDIES (2010).

The Prospects for the Peaceful Co-existence of Constitutional and International Law, 119 YALE L. J. ONLINE 15 (2009)

Beyond Formalism in Foreign Affairs: A Functional Approach to the Alien Tort Statute, 2004 SUP. CT. REV. 153 (with John Yoo).

"Why Constitutional Rights Litigation Should Not Follow the Flag", National Security Law Report, Volume 28, No. 2 (July 2006).

Writ, FINDLAW.COM, "Choosing Between Constitutional and International Law: Why the U.S. Had Good Reason to Ignore the Recent World Court Order," February 11, 2003.

Moises Sanchez-Llamas v. Oregon, Brief of Professors of International Law, Federal Jurisdiction and the Foreign Relations Law of the United States as AMICI Curiae in Support of Respondents. 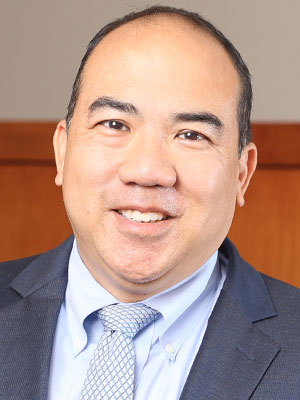