Eric Lane is the Eric J. Schmertz Distinguished Professor of Public Law and Public Service at the Maurice A. Deane School of Law at Hofstra University. After serving as Interim Dean from March 1-December 31, 2012, he was named Dean of Hofstra Law on January 1, 2013, and served in that position until the end of 2016. He joined the Hofstra Law faculty in 1976 and has taught courses in law and literature, constitutional law, statutory interpretation and the legislative process.

Professor Lane is well-known beyond the Hofstra campus for his work in public service. He has previously served as the senior fellow at the Brennan Center for Justice at New York University School of Law. In that role, he wrote the report (with Meg Barnette) A Report Card on New York's Civic Literacy, which was published in April 2011.

Professor Lane is the author of three books. His trade book (with Michael Oreskes, senior managing editor of the Associated Press) The Genius of America: How the Constitution Saved Our Country and Why It Can Again received favorable reviews throughout the country, and his two textbooks (with the Honorable Abner A. Mikva) on the legislative process and statutory interpretation have been used in law schools nationally. He is also the author of often cited articles on the legal framework for governmental decision making.

THE GENIUS OF AMERICA: How the Constitution Saved Our Country and Why It Can Again, with Michael Oreskes, Bloomsbury USA (2007).

AN INTRODUCTION TO STATUTORY INTERPRETATION AND STATUTES, with Abner J. Mikva, Aspen Law & and Business (1997).

May It Please the Country (with Aziz Huq), DEMOCRACY: A JOURNAL OF IDEAS (Summer 2009). 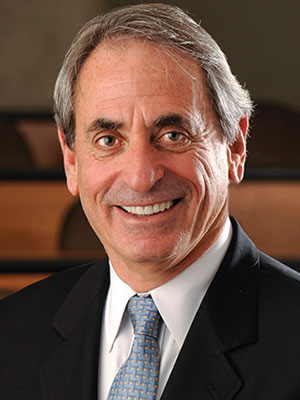