Daniel J. H. Greenwood, Professor of Law, came to Hofstra from the S.J. Quinney College of Law at the University of Utah, where he held the position of S.J. Quinney Professor of Law. He received his A.B. magna cum laude from Harvard College and pursued graduate studies in political science at the Hebrew University of Jerusalem for two years. He is a graduate of Yale Law School, where he was an editor of the Yale Law Journal. After graduating, Daniel Greenwood clerked for U.S. District Court Judge Richard Owen in New York and then joined the litigation section of Cleary, Gottlieb, Steen & Hamilton in New York City.

Professor Greenwood's research interests lie in the structure and rights of business organizations and other artificial and natural groups; the intersection of democratic theory and corporate law; and problems of group rights in an individualist democracy. He has published numerous law review articles, book chapters and popular opinion pieces on corporate law, corporate speech rights, and the role of corporations in politics, as well as on minority religious rights and related topics. His pro bono and litigation work has included authoring a Supreme Court brief in the Vermont campaign reform case.

The Dividend Problem: Are Shareholders Entitled to the Residual, or Faith Based Investing: Why Economics Can't Explain Shareholder Returns, 32 Journal of Corporation Law 103-159 (2006). Printable (pdf/adobe) version.

Team Spirit: Doing Bad Things in the Cause of Good , in William A. Myers (ed.), The Ranges of Evil: Multidisciplinary Studies in Human Wickedness (5-16) Printable (pdf/adobe) version.

Are Shareholders Entitled to the Residual?, Hofstra University School of Law, February 8, 2006.

The History of Constitutional Law in One Hour, West High School, April 27, 2005.

Enronitis, the Failure of Shareholder Centeredness, Teams and the Corporation as Polis, Law & Society Association, May 29, 2004.

The Metaphors of Corporate Law, University of Denver College of Law, April 20, 2004.

Law & Justice in the World of the Silent God: The Oven of Achnai, Episcopal Church of St. Paul.

Parashat Hukat (Numbers 19) I: The Mystery of the Red Heifer, or, The Necessity of Galut (exile), Cong. Kol Ami.

Why There Will Never Be School Prayer (and why it might not be so bad if there were), New York Newsday; Salt Lake Tribune.

Why The States? New York Newsday.

Law Matters: A Critique of the Coase Theorem. 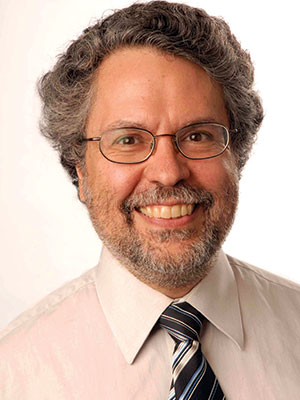