Professor of Skills, Faculty Advisor to Moot Court Board, Director of the Trial Techniques Program, and Director of Student Advocacy Programs

Barbara Barron is a professor of skills at Hofstra Law. She received her bachelor of arts degree in Russian from the State University of New York at Albany in 1974 and a master of arts degree in Russian from Columbia University in 1977. She received her Juris Doctor from Hofstra Law in 1984. Prior to attending Hofstra, Professor Barron was a linguist with the United States Department of Defense. She worked on high security level foreign language material.

Professor Barron's professional legal experience is diverse. Upon graduation from Hofstra in 1984, she became a prosecutor with the New York County Office of the District Attorney. She left the prosecutor's office in 1987 and was a litigator with firms in the New York City metropolitan area. She specialized in complex commercial and matrimonial litigation. It was at that time that she began her teaching career as a faculty member for the National Institute of Trial Advocacy's Basic Skills Northeast Regional Program.

Professor Barron returned to Hofstra in 1995 as a professor. Since that time, she has focused her teaching interests on advocacy skills courses. In addition to teaching the first year Legal Writing/Research and Appellate Advocacy courses, she has created and has taught skills oriented simulations courses and trial and appellate advocacy courses. She is currently the co-director of Hofstra's trial techniques program and has been the law school's director of student advocacy programs. In addition, she serves as co-director of the National Institute of Trial Advocacy's (NITA) Basic Skills Northeast Regional Program. She has taught in various trial and pre-trial deposition skills courses as part of the National Institute for Trial Advocacy's 'in-house' private programs. Most recently, she expanded her advocacy teaching to lawyers in other countries. Professor Barron has developed and conducted and/or taught trial advocacy skills programs for the American Bar Association's Central and Eastern European Law Initiative in Turkey and in the Republic of Georgia, and for the government of Bosnia-Herzogovina in Bosnia. Most recently, she taught in Japan's first trial advocacy skills programs for members of Japan's criminal defense bar, as well as in Kosovo, where she taught in a trial advocacy program sponsored by the United States Department of Justice. 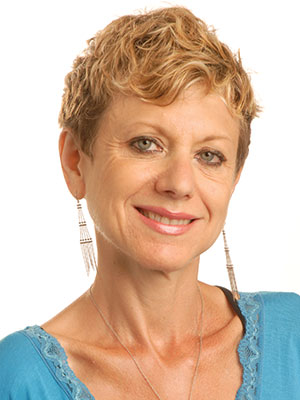