Professor Folami began her legal career as a law clerk to the Honorable Constance Baker Motley of the United States District Court for the Southern District of New York. She then went on to practice as an associate in the litigation department at Fried, Frank, Harris, Shriver & Jacobson, LLP in New York and then practiced in the technology transaction group of Morrison & Foerster's New York office. While there, Ms. Folami developed her practice on a wide range of technology, intellectual property, new media, and Internet-related issues, such as ownership, licensing, e-commerce, online contracting and privacy.

Prior to joining the Hofstra Law School community, Professor Folami served as an Assistant Professor of Legal Writing at St. John's School of Law. While there, she wrote on issues exploring media consolidation in broadcast radio and its effect on American youth and testified before the Federal Communications Commission regarding her findings. Professor Folami's scholarly interests include the intersection of communications law and media policy and the regulation of speech and cultural expression, particularly hip hop culture, on broadcast radio. She teaches Communications Law, Property, Wills, Trusts and Estates, as well as the Property Law course in the Law School's online master's in American law and legal studies programs.

The Shadows of MetroBroadcasting and the Hope of Fisher in Diversifying a Commodified, Gangsterized, and Subverted Hip Hop Public Sphere, Hip Hop and the Law: The Key Writings that Formed the Movement (Palgrave-Macmillan, forthcoming 2014).

Freeing the Press from Editorial Discretion and Hegemony in Bona Fide News: Why the Revolution Must Be Televised, 34 Colum. J. L. & Arts 367 (2011).

The Telecommunications Act of 1996 and the Over-development of Gangsta Rap, Justice Unveiled: African American Culture and Legal Discourse 209 (Palgrave-Macmillan, 2009).

"A New Era for Signatures and Contracts: The E-Sign Act and E-Commerce," Alley Way Magazine, October/November 2000. 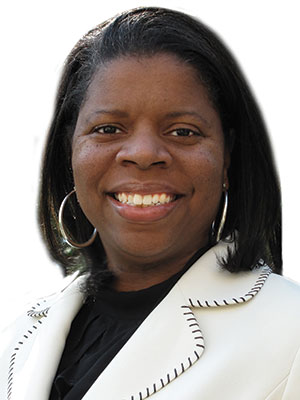